Finding You in Every Script

Sometimes, our imagination can take us further than we’ve ever dreamt of going, especially if we want to land in the world of acting. Whether we’re Cleopatra being pampered on the Nile, a socialite vacationing in Napa Valley, or a pop star who’s secretly losing her battle with addiction, taking on the different roles and embodying characters who are either our identical contemporaries or whose personalities are light years away from ours, can be exciting. But first, we have to learn how to make the magic happen.

In Finding You in Every Script: An Actor’s Guide on How to Create Characters & Get Booked Being Authentically You, award-winning actress Shaunté Massard (Whitney Houston in Netflix’s Selena, Tyler Perry’s House of Payne), shares her secret tool for tapping into your authentic superpower to land the roles you’ve dreamed of, through fun, engaging, entertaining real-life comparisons that will not only inspire you to go after the parts you want…you’ll be equipped with what you need to land them. It’s possible to transform from a Marvel comic hero to an activist in the blink of an eye by simply discovering what drives you.

Let Shaunté teach you how to put your personality and your imagination to work for you; action doesn’t just begin when the director calls it…it starts when you transform from what’s written on the page to a human “being”.

Receive latest updates and offers on all of your favorite books and authors from Pen Legacy, LLC

There are no reviews yet. 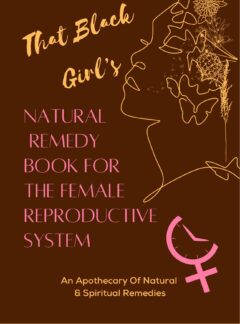 For many women, the introduction to menstrual cycles as a young teenager was met with pain, embarrassment and self-body shaming. Instead of serving as a rite of passage, many girls struggle physically and emotionally to push past the unavoidable life change, just to function from day to day. But did you know starting your cycle doesn’t mean you automatically have to suffer?

In The Black Girl’s Natural Remedy Book for the Female Reproductive System, author Michele Stepney equips women with expert knowledge regarding the female reproductive system that doesn’t simply teach about monthly periods, it’s liberating. The vast guide includes topics such as understanding the body’s rhythm, recognizing the best time to become pregnant (and when to avoid it), taking dominion over our bodies to overcome discomfort and emotional distress, and so much more!

Dealing with menstrual cycles doesn’t have to be catastrophic, not when a simple turn of the page gives us everything we need to conquer the myths and misfortunes that time of the month ushers in. Dive on in, and receive the help you need to navigate your cycle from your first period, all the way to menopause! 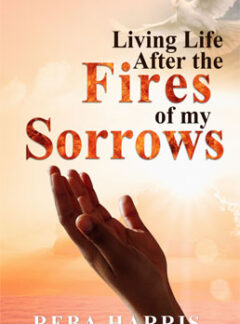 Living Life After the Fires of my Sorrows

Obedience to the call of God doesn’t mean there won’t be obstacles along the way.

In Living Life After the Fires of my Sorrows, author Reba Harris chronicles her harrowing journey from childhood trauma to success! In over sixty years, Reba has navigated through poverty, her mother’s heartbreaking betrayal, being victimized by injustice and racism, a strained marriage, and overcoming addiction.  With little education, minimal direction and no idea what to do with it, Reba attached her faith to the word she received from God and started a recovery home ministry for women. And just like Nehemiah in the Bible (whom she likens herself to), Reba has remained courageous and steadfast through the many oppositions she faced as she strives to complete the will of God.

Through Living Life After the Fires, Reba deftly transforms her personal testimony into a throng of inspiration that will uplift, motivate and challenge readers to live outside the borders of trauma and believe that they can win! 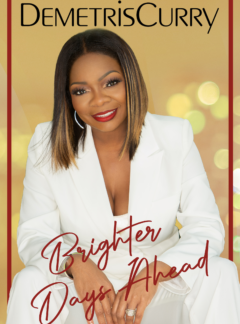 Demetris F. Curry, is well-known for her consulting and media appearances on popular networks abroad speaking in the areas of financial stability, creating generational wealth yet her beginnings of finding herself took fighting through major hurdles in self-doubt, fear of achievement, and overcoming obstacles that literally threaten her life. She vowed to use her story to help others not only in her career but to be transparent in why self-development, affirmations, and reflective guidance is crucial in overall progress to the next chapter in our lives.

In this book, Demetris speaks on those challenges paired with motivational quotes of famous literature poets, works of art, and historical leaders that helped mold her way of thinking. With her personal testimonials of where she began in each given journey, she unfolds the layers of building self-worth and the continued battle of being your own best cheerleader. 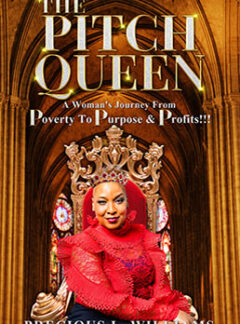 From the poverty-stricken streets of St. Louis, Missouri, to the global stage of influence, Precious L. Williams’ story of transformation is nothing less than iconic—but it is only half the story. Better known as the #KillerPitchMaster, a dope international professional speaker, three-time #1 bestselling author, and a respected corporate trainer, Precious paves the way for women in business by truly being herself—flaws and all.

Precious, the #KillerPitchMaster, emphasizes being the baddest Queen, period! Yet, behind every success story is a troubled past. The numerous awards, acclaim, and achievements do not take into account the countless struggles that Precious has never told a soul. In The Pitch Queen: A Woman’s Journey From Poverty To Purpose & Profits, Precious offers her readers the whole, unadulterated truth—the truth that she once swore she would take to the grave. She reveals how she once dated a former drug kingpin, battled with her sexuality, lost her mind, got evicted twice, and was kicked out of law school. Precious was going through the most challenging times of her life but refused to give up. She lost and rebuilt her empire with the painful bricks that blocked her path along the way. Nothing and no one could stop her—not even the secret she tried so hard to keep that this book dutifully betrayed within its pages.

Get ready to learn about #KillerPitchMaster’s past and discover the legacy she sets free to taste freedom herself.  It is Precious’ hope that her story frees you too and shows you how to build and rebuild your own successful life, career, and empire! 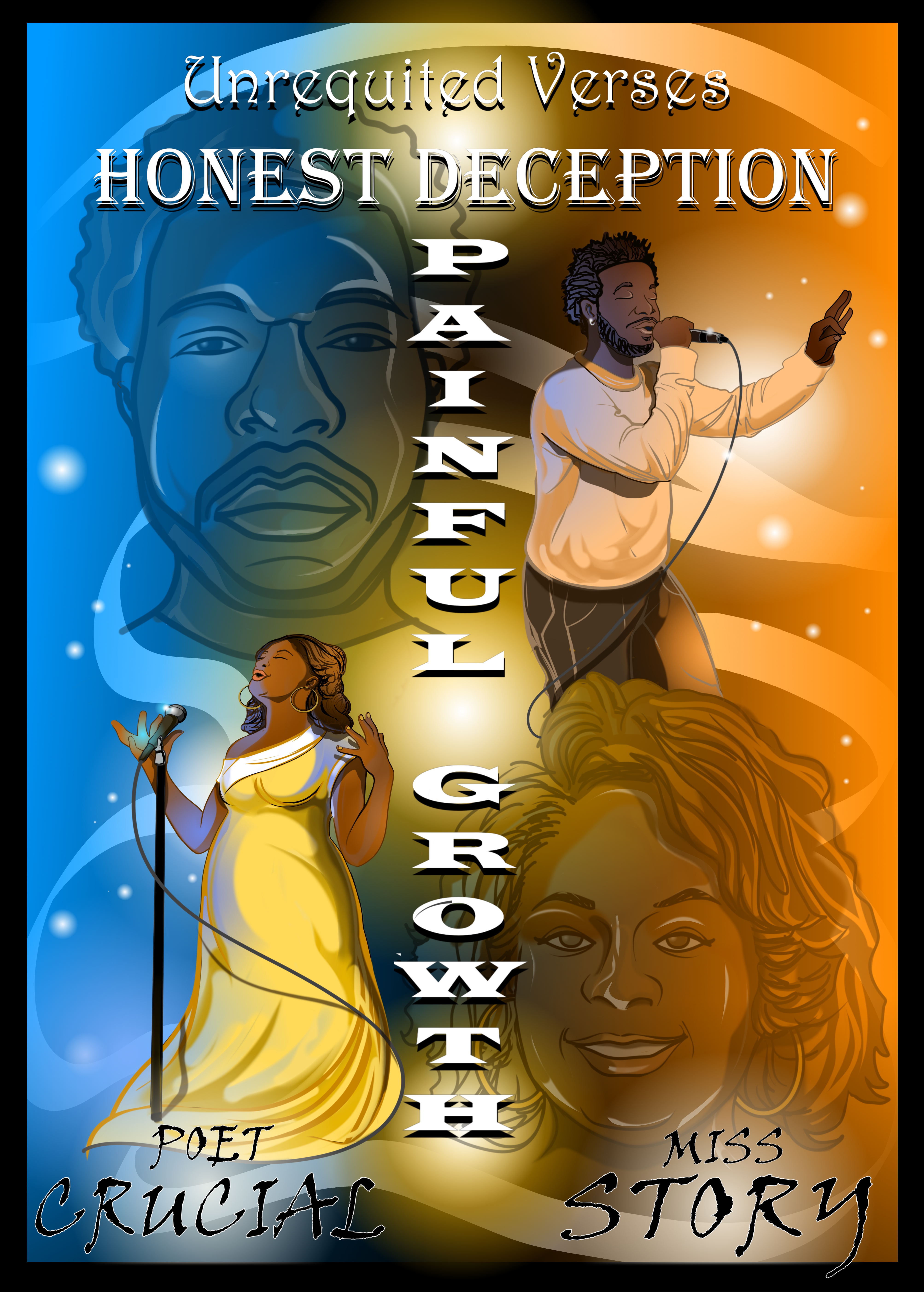 What is life without LOVE? And what is LOVE without the trials and triumphs which bring joy and pain?

In Unrequited Verses: Honest Deception, Painful Growth, authors Poet Crucial and Miss Story have penned a passionate collection of poetry, transparently peeling back the multi-faceted layers of the most powerful force in this world – LOVE. From unrequited to romance-realized, self-affirming, hope, heartbreak, the struggles and everything it embodies in between, every life experience points back to love in some way. And between these pages is where that love is emphasized, explored and uplifted.

Unrequited Verses: Honest Deception, Painful Growth’s eloquent prose guides readers through their own love journey, fluidly helping to paint the pictures of how the emotion should look, taste, sound, smell, and feel to them. For anyone who has endured the joys and perils of love, this book is for you. So, prepare to immerse yourself in the passion and the pain, as Poet Crucial and Miss Story unleash their remarkable revelations on what it means to consume, live and survive LOVE. 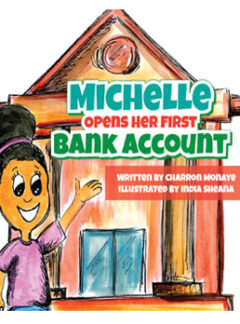 A penny saved is a penny earned.

Officially a published author, Michelle has sold out of her books during the Pen Legacy Book Expo at her school and must now decide what to do with all the money she has earned. Does she spend it on the things she wants or save it as she was taught?

Michelle Opens Her First Bank Account unfolds a treasury of ideas that could directly affect your child’s view of the world in which we live. When teaching children about money, there is no one-size-fits-all approach. Yet, this story will be an easy and fun way to start.

Introduce your child to a mindful way to value money by joining Michelle on her exciting journey to open a bank account. Teaching responsible money habits like investing, saving and budgeting can help your child mature and grow with confidence.

This empowering story is perfect for children who want to dream big and begin their journey of securing their financial future. 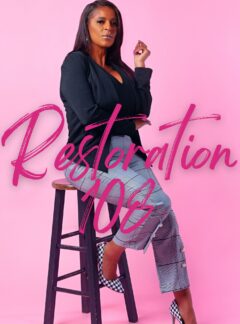 Deuteronomy 30:3 God, your God, will restore everything you lost; he’ll have compassion on you; he’ll come back and pick up the pieces from all the places where you were scattered.

Have the cards life dealt you hurt you so bad, they’ve caused you to disconnect from the people who matter most to you? Even worse, has the death of a loved one left you so devastated, it seems impossible to reclaim your joy?  How about this, have you heard people share their testimony of restoration at church and yearned for the healing they experienced?

In Restoration 108, (the second Playbook in the Explosive 108 book series), author Charlotte Crumley- Arrington takes readers play by play step by step through restoring themselves to the happy, triumphant, secure people they were prior to experiencing life’s trauma. Charlotte deftly defines each of the tools necessary not only to honestly acknowledge the gains and losses we’ve experienced, but also challenges us to examine the choices we’ve made that have contributed to defeat.

Be Encouraged because Gods promises are true. If you’re ready to take a transparent look at your life and obtain the strength you need to restore everything you value most, then open the pages and get ready to experience the power of healing and restoration. 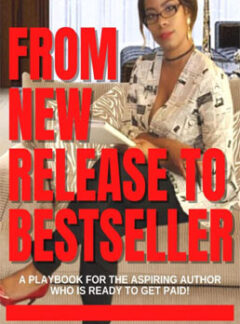 From New Release To Bestseller

Dedicated to facilitating the growth and evolution of individuals ready to win, Charron Monaye has contributed her pen to the literary industry for over two decades. Her works of creativity include over twenty published books in six different genres, five Amazon best sellers (with six-figure sales and winner of various awards), contributing author for 20+ book publications, celebrity ghostwriter, founder of Pen Legacy Publishing, and an award-winning playwright. Using the expertise gained from her experiences, Charron has bundled her knowledge, lessons, and winning methods on how she has remained relevant and profitable as a writer since 1992.

In her book, From New Release to Bestseller, Charron offers aspiring authors her playbook of author secrets that have made herself and her clients household names. You will learn the basics of publishing, along with building your brand as an author while writing your book. Aspiring writers will benefit from this user-friendly and detailed guide that covers the process from preparing your manuscript to selling the final product. The topics covered include:

Additionally, you will receive Charron Monaye’s “Publishing for Profits” checklist. Broken into three sections––pre-publishing, publishing, and post publishing, this checklist tells you exactly what you need to do to prepare for a profitable release and ensure consistent sales months thereafter.